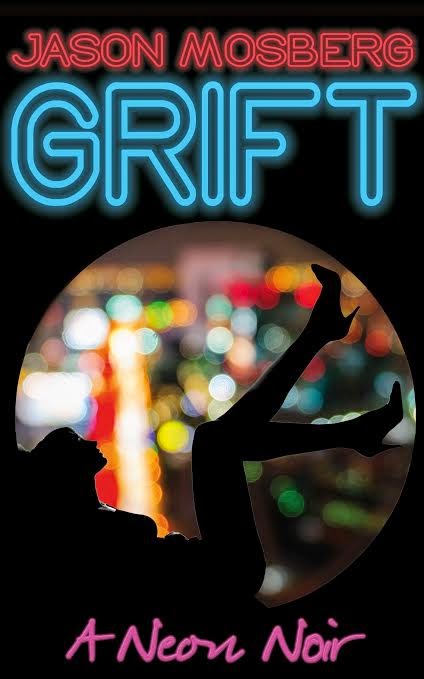 
Blurb:
Why would a 17-year-old girl pretend to be a high-class escort?

Piper is a con artist whose canvas is the city of Las Vegas. She rolls with a crew of young grifters including a card-counting genius, a tourist-hustling pool shark, and a pocket-picking magician. Together, this crew of teenage outlaws live with their mentor Max in the penthouse of a hotel casino. They work hard and play harder. But unlike the others, Piper must balance her hyper-real Vegas fantasy with the reality of raising her 14-year-old half-sister Sophie. Disaster strikes when the Las Vegas mafia kidnaps Sophie and demands a multimillion-dollar ransom. With only five days to piece together the money, the crew races the clock to save her.
Buy Links:
Amazon
iBooks
B&N
Kobo

Author Bio:
Jason Mosberg lives in Los Angeles where he works as a screenwriter. He has optioned several feature screenplays to independent financiers. He wrote his first novel Grift while staying in cheap hotel rooms in Las Vegas. When he’s not writing, Jason can be found playing soccer, walking, and over analyzing everything.
Having grown up in Delaware, Jason attended Wake Forest University before he lit out for the west coast. His top five TV shows of all time are The Wire, Mad Men, Breaking Bad, Six Feet Under, and Twin Peaks.
His one vice is claw machines.
On the book side, he is represented by Andrea Somberg at Harvey Klinger.

Q & A
Why and when did you start writing?
I started writing comic books and short stories when I was about 7 or 8, but then I took a long hiatus from writing. I picked it back up at the end of college out of boredom. I had a creative itch that I wasn't scratching in my business and math classes in college.

What or who inspired you to write?
It wasn't a single event or person who inspired me to start writing. I had an urge. A drive to tell stories.

Can you describe a typical work day?
Each day is unique, but it typically breaks down into 3 hours of thinking/brainstorming, an hour of outlining, a couple hours of actual writing. That's on a good day. Bad days have a lot more fretting, pacing, and daydreaming.

What would you like to accomplish in the next 5 years?
In 5 years, I would like to have a movie made, a successful YA book series, an adult mystery noir book traditionally published, and I'd like to be running my own cable TV show. Dream big haha.

Who is your favorite author and what is it that really strikes you about their work?
The last couple years, I've gotten really into Kem Nunn. I live in California and I love noir, and there's just something about his stories that stick with me.

Do you have any advice for other writers?
Find a way to balance being an obsessive writer and living a joyful, happy life, and then once you figure that out, please tell me how!

What are your current projects?
I am spread very thin at the moment. I'm working on a couple different screenwriting projects, outlining a new book, considering some sequels for Grift.


I wanna thank the author Jason Mosberg for thw Q & A and for the awesome giveaway!