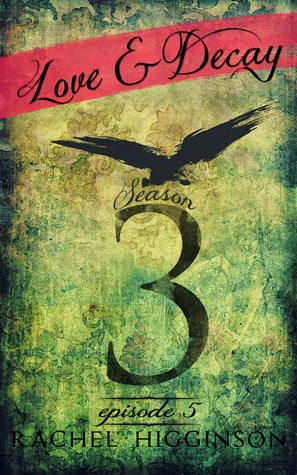 I just wanted to share the Rachel Higginson's release of Love & Decay Season Three Episode 5! I'm a little late because this episode was released yesterday.

Zombies- as if that wasn’t enough to ruin any girl’s dream of a happily ever after.

Whatever was left of her already-tattered life during the Zombie Apocalypse fell apart six months ago. Now, on the cusp of crossing the Mexican border, there is hope that she might lead her friends to a better existence.

Except Zombies are only the beginning of their problems. Reagan and her friends must battle the elements, armies of Feeders and bounty hunters desperate to drag them back to the Colony to face their greatest threat.

The Colony’s power stretches wide and far. Their only hope is to outrun Matthias and get to Mexico.

If you're interested in this series, check out these links:

Have a great day!